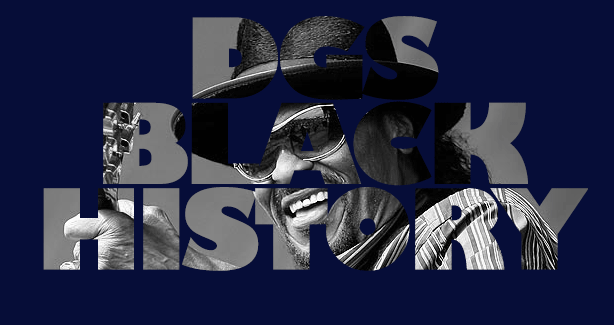 In celebration of Black History Month, we are spotlighting recent Department of General Services (DGS) construction projects that are named after significant Black History People & Places in the District of Columbia, our nation. The third project that we will highlight is the Chuck Brown Memorial Park in Ward 5.

The Chuck Brown Memorial Park is a new and exciting location that truly honors the memory of one of DC’s greatest legends, Mr. Chuck Brown.

The park consists of a memorial wall honoring Mr. Brown’s life and achievements and an abstract sculpture that marks the entrance to the park and signifies the “call and response” associated with the go-go music that Mr. Brown pioneered. 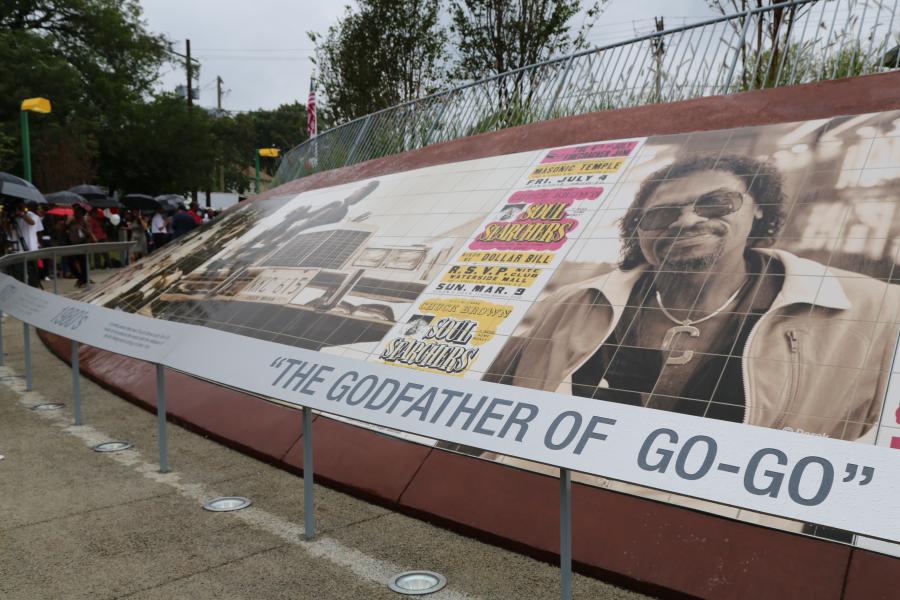 The main wall and the discography wall is separated by a stairwell that connects the existing playground area to the new informal performance plaza area along the east end of the site. The plaza is constructed of pervious pavers with a seating area of turf-grass. To the west of the new wall there is an interactive instrument area with 5 drums that can be played by visitors. 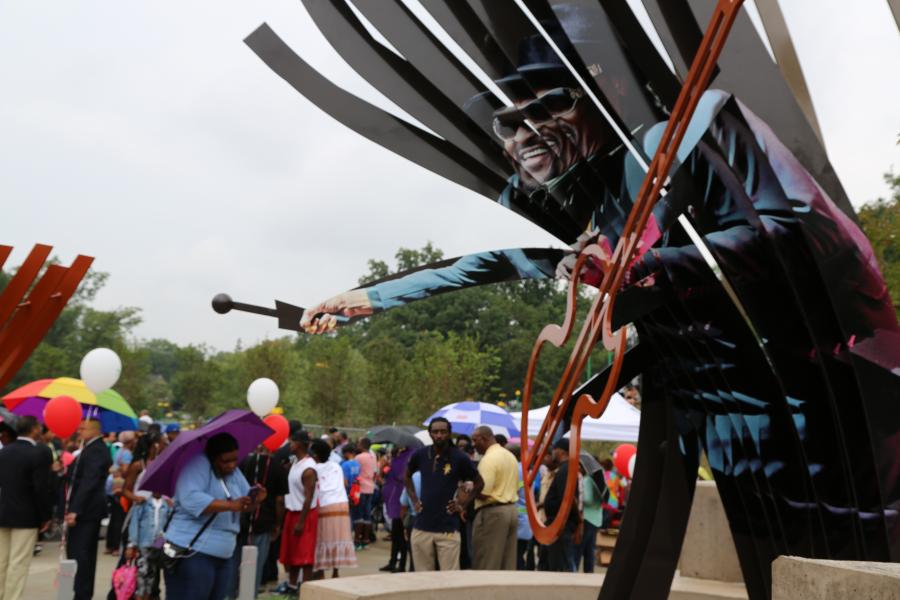 The sculpture consists of three abstract representations; one of Mr. Brown and two dancers. The three pieces are located within two circular areas (a stage and a dance floor respectively) that are enclosed by short bench walls. The overall piece is interactive and allows the visitor to experience the go-go “call and response” through LED lights that are activated through motion pads and/or motion sensors throughout the piece.

To learn more about DGS’ recent construction project at the Chuck Brown Park.

To learn more about DGS’ recent construction project at the Chuck Brown Park.