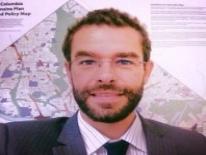 Xavier Beltran brings 18 years of legal and policy experience to the Department of General Services. From 2013-2020 he served as an Assistant Attorney General and Assistant General Counsel to the Office of the Deputy Mayor for Planning and Economic Development focusing on real estate transactions, affordable housing, and economic development initiatives across all wards of the District of Columbia. During 2011-2013, Mr. Beltran worked as an Assistant Vice President at the New York City Economic Development Corporation focusing on policy and politics at the community board, city council, state, and federal levels affecting large scale mix- use projects in New York City.

Xavier Beltran holds a Doctoral degree from the Boston College Law School and a Master of Arts degree in International Affairs from George Washington University.