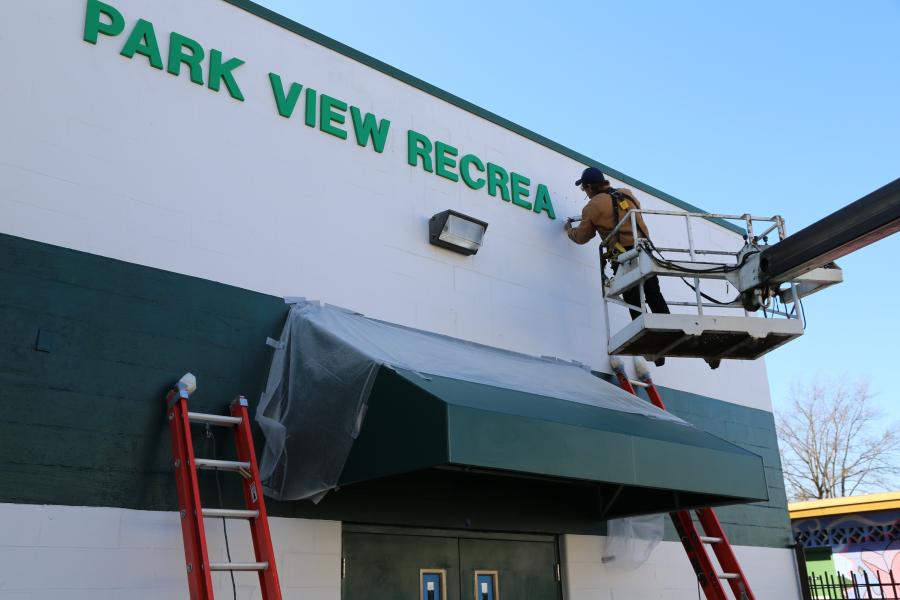 In celebration of Black History Month, we are spotlighting recent Department of General Services (DGS) construction projects that are named after significant Black History People & Places in the District of Columbia, our nation. The first project that we will highlight is the Park View Field House in Ward 1.

The Park View Field House is located on the site Park View Recreation Center, 696 Otis Place, NW, Washington, DC 20010 in Ward 1. The Field House was constructed in 1932 and is a one and a half story Colonial Revival style building.

History of the Park View Neighborhood

Historical records show that Park View came into being in 1908 when several neighborhoods were combined. It sits east of Columbia Heights, bounded by Rock Creek Church Road to the north, Gresham Place to the south, Georgia Avenue to the west and Park Place and the grounds around the Old Soldier’s Home to the east. Depending on who you ask, there is also a small triangle formed by Park Road, Georgia Avenue and New Hampshire jutting out to the west that is included in the neighborhood. The “Park” in Park View refers to the nearby grounds of the Old Soldiers’ Home, which used to be open to the public as a space comparable to New York City’s Central Park. (Source: DC Curb)

Around 1950, the originally all-white Park View neighborhood became mostly African American, due to the proximity of Howard University and to the 1948 Supreme Court ruling that made restrictive housing covenants unenforceable. (Source: Historic Park View: A Walking Tour)